Although modern tradition is slated more toward a bed and breakfast serving exotic breakfasts and pastries in the morning, the Edgewater Hotel has chosen to continue on in the tradition of what would have been found to be at the breakfast table at the hotel in the 1920’s, in the interest of being more of a living museum than a modern-traditional B&B. For this reason we have kept in mind that what seems quite traditional today, was at its time and in its day quite exotic.

Although there were a series of bakers, whose names have been lost to history, there was one women notable of mention in literature of the time by the name of Mrs. Flanders, who concocted recipes based on the continued practice of desiring to please and make welcome the European guests that regularly spent winter vacations at the Hotel. 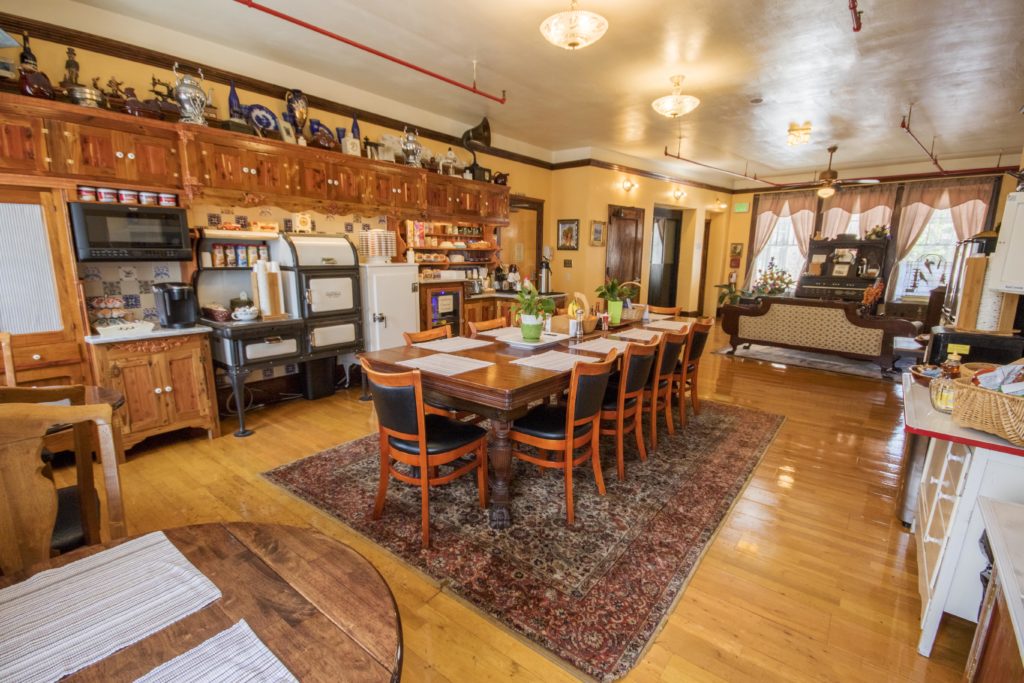 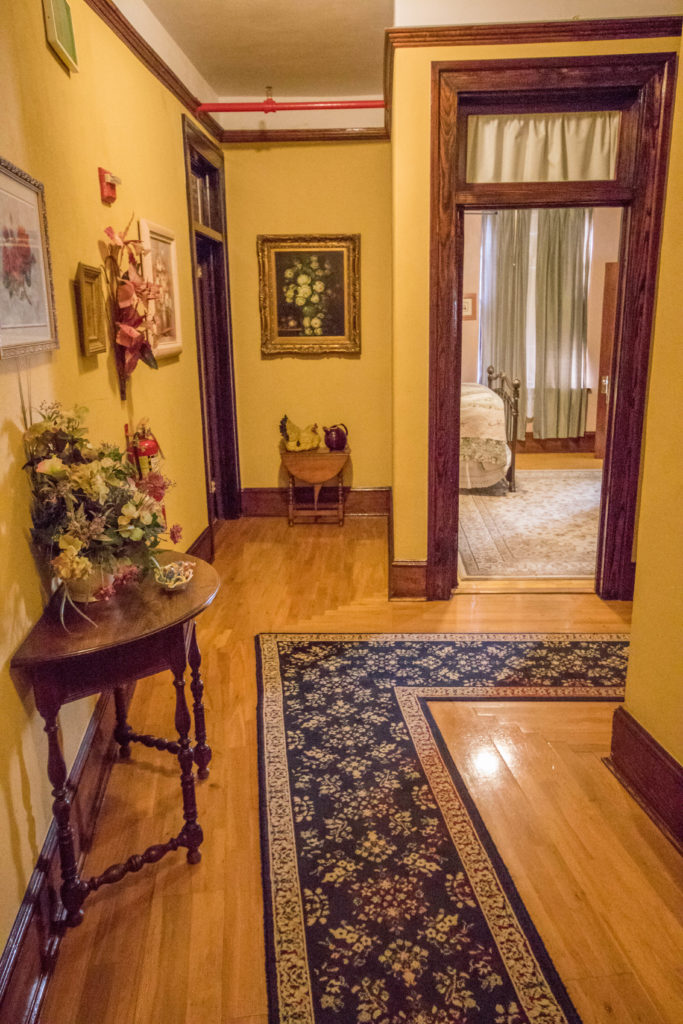 These quite wealthy and well-traveled patrons brought with them the latest fads in fashions, foods and know-how that fueled and formed the product of the roaring twenties, all of which benefited the hotel and turned it, for a very brief moment in history, into one of the most technologically advanced hobnobbing hideaways of its time.

Field and Stream magazine may lay claim to the lore that it was first and foremost the abundant bass fishing that lured patrons to the hotel, but according to oral history taken in 1996, it was the fine cooking of Mrs. Flanders that came to hook and reel in the guests up and until about 1930 when people came to realize that they had been deprived of something that they thought would last forever . . . money!

The hotel was to go down in history in the midst of a paradox. Up to that point, the reason for travel to the area was to capitalize on one of the finest vegetable and fruit productions areas in the country.

The products that were purchased for northern markets by businessmen had necessitated the construction of a hotel, which aided in the excuse for an extended vacation. This added to the need for expansion of the cultivation of lake bottom, which necessitated more draining of the lake. This meant, arguably, that the hotel contributed to the demise of the lake, effectively killing itself off in the process. For whatever reason it fell victim to the times and struggled from that point on in a continued downward spiral that eventually led to the closing of its doors in 1968, with the last customer of the facility being thought to be the Walt-Disney World Company who used the facility briefly to house the men who were involved in the initial phase of draining of the swamp to claim the land that now lies under Magic Kingdom. The hotel would remain closed for another 35 years until after 7 years of extensive restoration and preservation efforts, it arose like a phoenix from the ashes of time and found its place in the newly restored historic district of Winter Garden.

In its early years, one notable gent seen seemingly lurking around the premises and enjoying the talents of Mrs. Flanders was reported to be none other than Humphrey Bogart, donning a disguise that would fool only non-natives, consisting of a droopy hat and absent his teeth. Other frequenters of the establishment were oil and candy tycoons and vegetable and citrus barons.

Oral history of the time speaks of ice-cold water, cigars and card games being enjoyed in the lobby of the hotel while awaiting telegraphs to arrive at the telegraph window at the north end of the main room. We can only imagine that it was huddled around this office on “Black Tuesday” in October of 1929 that some of these men who had arrived as millionaires learned that they no longer had enough money to even pay their hotel bills.

The utilization of pain perdu, “Lost bread”, became a tidy little necessity due to the bakery associated with the Hotel and the need to spare every morsel of eatable food. In utilizing every morsel of Mrs. Flander’s exceptional talents after the stock market crash, “lost bread” was utilized as thickeners in stews, turkey dressings, and crusty dipping’s for soups and casseroles. Calling upon the services of the hotel’s own supply of goats and chickens, which kept in pens at the back of the hotel, her most famous concoctions were her “out of date bread” recipes containing goats milk, eggs, sugar and spices known today as bread pudding and its close cousin, French toast.

The waffle’s creative history at the hotel was a result of the times. Electricity was a relatively knew invention when the construction of the hotel was underway. The hotel’s designers dreamed of creating the most technologically advanced structure possible that would be safe from the hazards of fire. For this reason, all of the electric in the building was in conduits. Electric heat was provided in every room, and the kitchen was filled with the most modern of electric appliances, including a General Electric refrigerator, as displayed in the breakfast area today, which was at the time still called an ice box by the staff, and a cork insolated walk-in cooler that is still in operation today in the kitchen of what is now Thai Blossom.

From oral histories taken in 1996 of the few remaining people who frequented the building in the early years, the local electric company (occupying an office in the building where the ‘Tasting Room’ is today) promoted the facility as a showcase for their product. This is where the waffle and its cumbersome reason for existence comes in. The hotel utilized a weighty electric waffle iron that was wielded by very enthusiastic and capable African American women, who said that she still carried the scars from doing battle with the terrible beast. Apparently the very heavy cast iron apparatus was famous for anything coming in contact with it sticking to it and burning (apparently this included the handler). She said that she would have preferred the old method of a two-part waffle pan that was heated in the oven and then filled with batter, if they would only have allowed her the quicker and more reliable wood stove. We have to say we suspect, as we have been sworn not to confirm that the older method was still favored when no one was the wiser. It is reported that the batter concoction of the time was more closely associated with biscuit dough then our modern recipe, and rather than being drenched in maple syrup, there was a selection of “strong” molasses made from discarded corn stalks and fresh jellied and jam preserves and butter. This “breakfast” was often served just as frequently as the last meal of the

The standard “bacon and eggs” was a new fad that had entered into the scene fairly early in the operation of the hotel due to the fancy of the guests, but was not at the time the staple that it has become today in the “all-American breakfast”, and had yet to find popular favor among the locals that frequented the facility for breakfast each morning. Although there was a small selections of Post cereals, they had as of yet to find the popular favor of today. To round out the breakfast there were fresh yogurts, fresh orange juice squeezed from oranges off of trees on the property, goats milk and ice-water